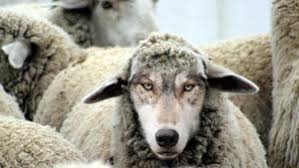 I was going to write about ravens.
I was going to write about Odin's ravens.
But lately the taste of bile at the back of my throat has created a certain kind of attention deficit. The kind unlikely to shift if I don't get some things off my chest. And so this week's blog is going to be a bit of a waste dump, where I may have to apologize to any man about to read this in advance, and say to them, please don't take this personal. If I've called you friend, it isn't you I speak of here.
With my disclaimer in place, I feel sure I can just say what's on my mind and if anyone gets hurt, reread the above statement please, and then kindly fuck off.
I'm going to tell you about a few things I find infuriating about certain members of the opposite sex. The way they're kind of socialized to believe that they're supposed to always be thinking with their dicks, and normalize it. The way you have to actually define for them what qualifies as inappropriate sex…
1 comment
Read more 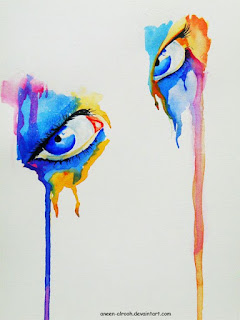 Hansa bosbach (@Workinghans), from the Twitter Writing Community, asked me this dreaded question: What does happiness look like to you?

I had to think about this one for a while.
It hasn't been easy to find my natural voice to write the answer to this. How does one who's lived a terrible life for so long, answer such a question? I've had to rewrite it several times. I hate this fucking question! It's worse than when people ask me where I see myself in five years. I almost blew the most recent interview I did when they asked me that question, because I told them I can't see myself in five years. It hurts my brain to even try. They also asked me: What gets you out of bed in the morning? I have to pee, you fucking twat!
And so that sets the tone for how I plan to answer what happiness looks like to me. It doesn't look like anything. I'm just now learning happiness for the first time in my life, and it's so fleeting, it's like chasing after a leaf …
5 comments
Read more

What It Is to Be Authentic 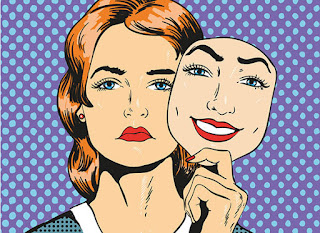 From the time I entered school at five years old, I knew I wasn't like other children.
Not a very original line, I know... but true nonetheless.  I had to watch very carefully what my classmates were doing in order to get through a day of lessons and even just at playtime. Studies suggest that autistic girls slip through the cracks undetected because they become master chameleons. And that may work for a while, with casual encounters, but eventually your cover gets blown once things start to get more personal. Your friends will notice strange habits you have, or feel their boundaries being crossed, or you'll hurt them in ways that frighten them.
My first week in Kindergarten, I sat at a round table with a few other children, coloring on construction paper. I noticed the other kids had these really fat crayons, where mine were the regular skinny kind. A pang of envy surfaced and I couldn't help but feel like the oddball at the table. But what's more; these children wer…
2 comments
Read more

On Writing and Self Doubt

December 15, 2019
As a child I wasn't praised much. Mostly we were always doing something wrong. Always getting on someone's nerves.
If we weren't having fun too loud, we were being too, you know... kid-like. Not enough adult-like. We had to be trained in so many areas, and who the fuck had time for that in the 70's and 80's, right?
I don't ever recall a time when I was told I was smart or funny. We were not allowed to think of ourselves as pretty or desire others to think us so. I was raised in a Pentecostal home. That is to say, the grandmother who put in most of the effort in raising my sister and I, was Pentecostal. My father was both religious and morally bankrupt at the same time.
How does one grow a belief in their own talents when one is taught that the only value they have as a child, is that which does not burden the egos and rigid belief systems, of their caregivers? My grandmother lived in fear of anything inherently human, and therefore sinful, and my father lived…
2 comments
Read more

The Ghost of Alan Rickman 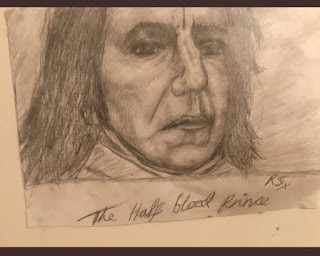 This poem is now dedicated to one of his truest fans: Cyclone Alan @SnapeyWapey who has given me permission to use his sketch for this post.

I was going to meet the great Alan Rickman while he was still alive I guess I thought he'd live to be at least one hundred and five
We would have met at Hogwarts for a picnic lunch and tea Then spent our evening pulling pranks on that chick who plays Nanny McPhee
Into the night we'd have long talks with good Sense and Sensibility  I'd ask, "Have you enjoyed your life?" He'd say, "Truly, Madly, Deeply."
To meet someone who lived life so well- a Die Hard fan can dream Did I really run out of time to meet him? Unfortunately, I did it would seem
You see, cancer took our beloved Alan before his time was due No magic wand can bring him back so we don't have to face this as true
I guess it might be selfish of me to want him still around Possibly haunting some school of magic and bossing the students around
Oh, he …
1 comment
Read more

Something Wild- A Rape Story

December 10, 2019
Five minutes to ten...
I think I'm going to come out of my skin if I have to be here one more hour, waiting for that megalomaniac to finish his fucking client!
At this point I hate how loud he talks. I hate his celebrity clients that I wish I'd never met, and I hate my position in their world.

The phone rings. Probably another entitled prick! I say to myself.
Unexpectedly, it's a man's voice on the other line. He's making an appointment for his boss, who works for a major production company.
I'd be lying if I said that didn't excite me a little. I've only been living out here for five months, and the place I moved here from is nothing glamorous. Probably never will be.

He tells me I'm the nicest person he's talked to all day. I'm not surprised. Many people here freak out on me for shit I think makes me seem ordinary. They can't believe I'm not rail thin with an eating disorder, or that I don't care about dressing to the nines an…
17 comments
Read more 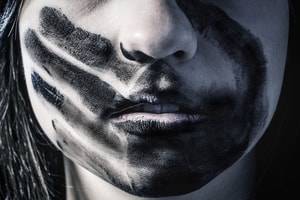 I help run a barber shop in an odd little suburb of Birmingham Alabama. I never choose a position of management, it just always ends up choosing me.
It never works out in the long run. I'm too fair. I care too much.
And that wears my soul down.

Next to the strip mall our shop is in, there's a motel where people down on their luck pay cheap rent and live in squalor. I see them pass by with their bags of booze and cigarettes.
They rarely come in unless they want their hair washed. All they can afford because keeping up with habits ain't cheap. Even the one prostitute who occupies a room there, doesn't make the kind of money that would pay for a cleaner lifestyle.
They don't bother me. I've lived on the streets a time or two.
And I never put myself above any of them just because I chose to fight harder to get away from homeless life.

Yesterday two of them came in. It put my crew on edge, though they were not there to beg, and are not the dangerous kind. The man h…
Post a Comment
Read more
More posts